If you play only one game this lifetime...

Here's the thing. I write computer games, and yet I actively dislike 99% of all games that are produced today. You might suggest I find another profession. You might well be right.

I think there's an ancient story about a man who falls in love with a woman in his own dream. On waking, he spends the rest of his life searching for that woman, but she never even existed. This is a very similar story. For 25 years ago a game was released which showed how all other games would one day be written. A game with style, poetry, plot, songs, stars, humour, and even reason.

Deus Ex Machina was released to unprecedented reviews and acclaim. A remarkable ZX Spectrum game linked to an audio soundtrack, and loosely based on Shakespeare's seven ages of man. It was thought-provoking, challenging, utterly confusing and completely brilliant. Quite literally a game-changer. It starred Ian Dury, Jon Pertwee, Frankie Howerd, and yes, yourself. If you ever played it.

I knew that this was where it was at. I knew that finally the game was developing as a full creative art form, following film, music, literature into another world. Except, of course, it never happened. Why that is is not for me to wonder on. But here's something very special. An archival quality, remastered version of the game on Kickstarter. Plus a gleaming new version with breathtaking new graphics. Maybe the time has finally come, maybe now games can begin to stand as an entertainment form with style and creativity.

Deus Ex Machina Kickstarter
Posted by Unknown at 15:36 No comments:

At last and finally, Slightly Magic is back. Woohoo!

Thanks in no small part to my failed Kickstarter, which showed that there was still an interest in Slightly and his friends even after 20+ years absence, and that I probably asked for too much money.

The full game’s out now for Android, iOS, PC Mac and Linux, with OUYA to follow.
Lack of Kickstarter funding meant that it took a little longer than planned, and was a complete gamble for me. Time will tell. You can find out more at slightlymagic.uk.

Badges, postcards and posters are also available, and you can get an instant download of the full game. 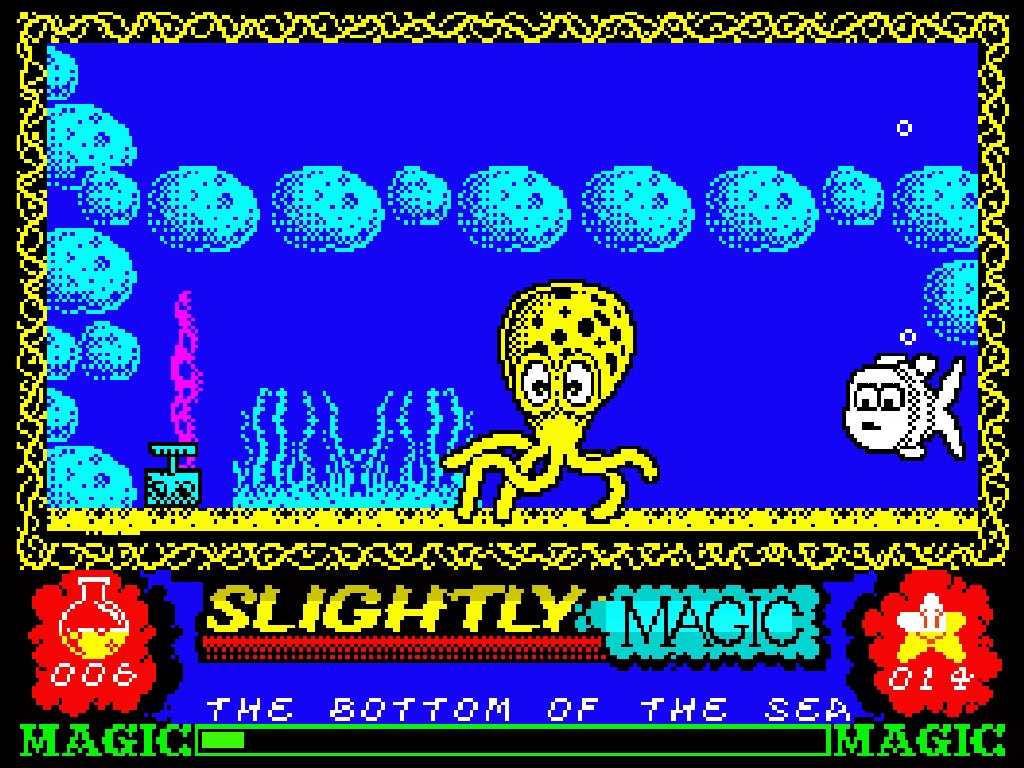