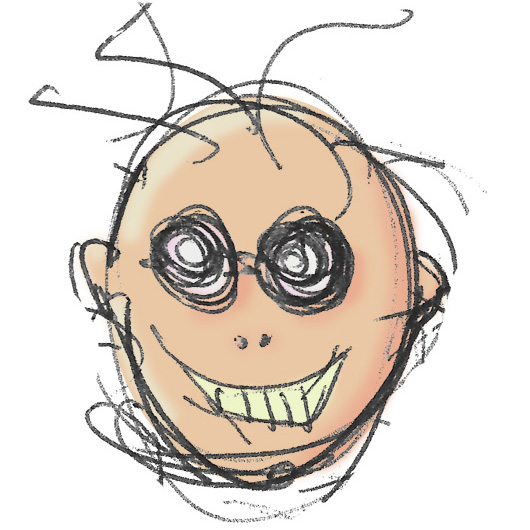 Long times ago, in many lands, on many worlds, stories were told by travelling storytellers. They would move from court to court, inserting the names of the local rulers, jesters, and gods into their finely-crafted tales. One night it would be Prince Llewelyn who slayed the dragon, the next Princess Fflur who rescued the King, as the tale-weaver moved around the lands.


And the tales were refined, retold, and passed down through generations, withstanding and adapting to fashion, and politics and new gods.


And this continued, in many lands, on many worlds, until finally words could be recorded; in writing and in print and on ticker-tape. And then the tales were cast in stone, the hand of an author fossilizing his finest words for an eternity.


And a constant need was born for new tales, and new worlds, as the old stories became covered in the dust of forgetfulness.


Until sometime in the 20th century, when programmers believed they could fly. And strange delights streamed forth, with tales of caves and pink bulbous-nosed men, and property developers. And the world looked on and in and focused for the briefest blink of an eye on the Adventure Game, that strangest of all new worlds. And storytelling was never quite the same again.


Except that of course, that it was. As words were sold for cartoon graphics. Ideas gave way to novelty, and the mechanical predictability of a clockwork toy became the new god of an old Hollywood.


In exactly not the same way as books had never died when film was born, and radio continued long after tv dinners went stale, the adventure game was wiped completely from the psyche of a Bland Generation. And no-one lived happily ever after. For ever and ever. And ever.


And that is how the story would end, on all other worlds, in all other universes.


Unless you took the rock and the green key, and forged a belt from the tree of an impossible history. Or you hid the Book of True Fiction behind a very pure waterfall, and waited for a Messiah with Imagination and a very old dream up his sleeve. For an imagination can live on hope, that much has always been true.


And if you first went west, then north, and lit a fire under the furthest star from the sun, a strange and wonderful thing just might begin to occur. On a Friday.


For did you ever remember that books were still being read, even when Hollywood told you an empty lie which blunted your imagination?


Did you ever listen to a jazz band jamming while the latest teen sensation picked the pockets of an innocent generation?


Have you ever had your heart stolen by a golfing melody?


Have you ever thought just who killed the dreamers? Or even how that was possible? Because no-one can kill an imaginary beast, didn’t anyone ever tell you that?


There is the reflection of a memory deep in your mind. Somewhere something is stirring. Footsteps approach, from just behind where you think you really are.

It’s a good year after all.
Posted by Unknown at 10:25 No comments:

Slow Death of the Internet, Part 342

It's becoming a pain to surf the internet. You might have noticed. If not you soon will.

A typical browse from my iPad can take me through a number of increasingly frustrating steps. I start of with a google search, then I click on one of the top results. A window pops up - 'we have an iPad app for your device (exclamation mark), click my button to install'. Not going to happen, sorry. Click my button, buster.

When I get to the website a number of things can happen. Firstly the website is sure to have adverts, this seems to be the only way to 'monetize' a website these days. They can be glaringly distracting - they currently occupy the borders of some sites which really should know better. The actual website itself seems regulated to a boring window in the centre, while all sorts of flashing graphics draw me to another product that will truly enrich my life.

Or the adverts are personalized for my convenience, which usually means that the same ad pops up on a number of sites I visit. Tacky.

The amazing moving web page is currently my favourite most irritating monetize-driven device on the internet. I go to a top UK 'quality' newspaper website, I scan for the news and - the text jumps down as randomly-sized ads bully their way in at the top of the page. No-one seems to be clever enough to pre-size the ads and their positions, why would they?

Of course I find an interesting story, but click a millisecond too early/late as the text jumps down and I end up on another page, or worse an adsite. Every page on the site has this extra feature. You'd almost begin to think they want us to pay for their content, they're certainly making us suffer.